Victims of Cyber Fraud Getting Money Back

Rajasthan: As the cases of cyber fraud increasing day by day globally, no city or country is left behind being the victim of these cybercrimes or cyberfrauds. Cases in Rajasthan are also increasing day by day. Its capital Jaipur is getting an average of 6-8 cyber frauds cases daily. Tracing and catching the Cyber thief is a major task for the Rajasthan cyber cell and Law Enforcement Agency. The amount taken from the victim can be stopped, or put on hold in just a few steps after becoming and a cyber fraud victim.

How Victim Get Money Back

It is strange to hear that one can get back his money after becoming a cyber fraud victim. In the past three months, the Rajasthan cyber cell and the Law Enforcement Agency have been successful in retrieving more than ‘Three crores’ from the cyber thieves. 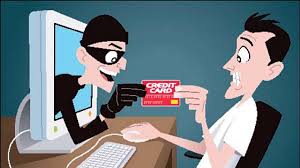 This team operates from Abhay Command Center in the capital Jaipur.it works as a team under the direction of Jaipur Commissioner Anand Srivastava. The team is also working under the supervision of Additional Commissioner Ajay Pal Lamba, Rahul Prakash. Additional SP Mohesh Chaudhary sees the entire work of the team at the same time.

This team was formed on 1st April and is being monitored by DCP Crime Digant Anand. In three months the team has saved more than three crore rupees. That is the amount that cybercriminals had got into their account but still, the reflexes shown by the police were enough to gather the information and caught them under their custody, and returned the money to the victim.

The work done by the Rajasthan cyber cell and Law Enforcement Agency was appreciable. At present, the team is operated in Jaipur and is
reported to the Headquarters. It is believed that soon cyber teams will be formed in every district of Rajasthan.

Maharashtra: 105 got arrested in Maharashtra in CSAM case

What is Spyware? How To Protect From Spyware