Delhi NCR: In Noida, the Law Enforcement Agency arrested the cybercriminals who took away 25 crores from the retired officials of different departments across the country. The Law enforcement Agency official also told that the same guy had also looted 23 lakhs from the account of Punjab Chief Minister Captain Amarinder Singh’s wife and MP Preneet Kaur. 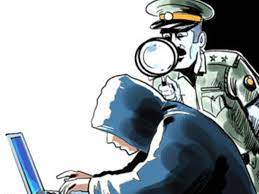 These interstate cybercriminals who had cheated more than 25 crores from the retired officials of different departments across the country have been arrested under the operation run by the UP cybercrime Superintendent of Police Dr. Triveni Singh. He told that a person recognizes as Noor Ali was running a gang with his brother and other teammates named Afsar Ali and associates Safaruddin Ansari, Kalim Ansari, Ahmed Ansari, Ankit Kumar, and Chhotan Mandal resident Jamtara, Jharkhand. These people become treasurer of the company and used to call a retired person of different department seeking their OTP pin in order to update KYC for their pension accounts and after that, they used to transfer the money from victims account to a fake account. They had now arrested the Noor Ali from Saharanpur yesterday. While the investigation was going on they get to know that they were holding 80 different bank accounts of different banks. And an amount of 1 lakh 80 thousand was banned by the police in different 40 accounts.

The cybercrime superintendent told the media that they used to call retired Govt officials when the officials reached their home after retiring and send them the OTP after giving them their information about their designation, batch number, and much more info which they had gathered making them fall into there plan by building trust. After which they used to activate the net banking of their bank account. Later the thugs used to transfer the amount from their banks to a fake account.
There was a total of 120 accounts and wallets of the thug gang which they were using for extracting money. The commission of the teammates was fixed that they will get this much money from the amount they get from the fraud. This same gang has also duped 23 lakhs from the bank of Chief Minister of Punjab Captain Amarinder Singh’s wife and MP Preneet Kaur. Later on, they recover 18 lakhs in this case by capturing 800 sims and 200 bank accounts.

Victim of Cyber Fraud Getting Money Back

A Deep Dive Into an NSO Zero-Click iMessage Exploit