According to the Anchor

The world spotlight is on the war in Ukraine and Russian Cyber Attacks are making headlines. But the FBI warns that the Globe’s Biggest Hacking Threat actually comes from China. Here’s more!

According to the reporter 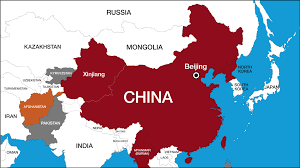 China is the world’s Largest Malicious Cyber Actor, that’s what FBI Director Christopher A. Wray said last week during a Cyber Security Talk at Boston College. He says China pursues Long-Term goals and operates at a scale to which Russia doesn’t even come close.

Wray says that China’s huge economy gives the Tools and Leverage that other Countries lack citing an example from 2020, U.S. Companies operating in China were required by Law to use their certain Tax Software.

The Malicious Software gave the Chinese Communist Party access to the Company’s Data. He added that in 2021, Microsoft and other Cyber Security Companies disclosed that Chinese Hackers had compromised over 10K US Networks.

Wray said that China is hiring Hackers as if they were Cyber Mercenaries and providing them with State Resources to Attack the U.S. Wray said in January that the FBI opens a new China Counterintelligence Investigation about every 12 hours, that there are currently more than 2k those investigations and that all of the 56 U.S. based FBI Field Offices are engaged in the effort.

According to Christopher A. Wray They’ve got a Bigger Hacking Program than all other Major Nations. Also, they’ve stolen more American Personal and Corporate Data. They showed no sign of tempering their ambition and their aggression.

But a number of U.S. Companies then discovered that Malware was delivered into their Networks via that Software. So, what that adds up to is that by complying with the Chinese Laws for conducting Lawful Business in China they ended up with back doors into their systems.

That’s just one example of how the Chinese Government is pursuing its goal of Lie, Cheat, and Stealing its way into the Global Domination of Technology Sectors.

What did we get?

We think that the world is living without any problem if they have money. Right? But in reality, the bigger powers you attain the bigger issues will approach you. As you have read with the help of some skills in hacking anyone can trace and steal the data to use against the enemy, saving yourself from such activities is also easy if you have the support of the right person.

No matter which streams you’re pursuing. You’ll be able to become a Professional in protecting several people beside you from Cyber Criminals after learning such skills. Unlike other institutions, Craw Security offers the best learning experience and environment.

Also, if you’re not comfortable with offline classes, you can join online sessions too. Craw Security always goes for the students’ benefit. What are you waiting for? Enroll, now!

Declared: The Data was accessed via “OAuth Tokens” |Github|

£ 1.3 billion lost by the UK in cybercrime fraud in this year