Recently a case came into view in which an Israeli Private Detective used Indian hackers to conduct surveillance operations for Russian oligarchs. According to an independent journalist, Scott Stedman, Aviram Azari has conducted various surveillance and cyber-intelligence operations for Russian oligarchs. Currently, the suspect is in the custody of the U.S. Government.

The Journalist also stated that the accused was hired by a Russian tycoon to sort out a dispute in Austria regarding a business. Oleg Deripaska is a Russian billionaire and industrialist who hired Aviram Azari to seek private detective service. However, the spokesperson of Deripaska denied this claim and said this is blatantly untrue.

The accused was also involved in hiring an Indian Hacking firm BellTrox situated in Delhi on behalf of their wealthy clients. Scott Stedman made his declaration in support of his request to summon Azari for evidence to fight a UK defamation suit filed against him by British-Israeli security adviser Walter Soriano. 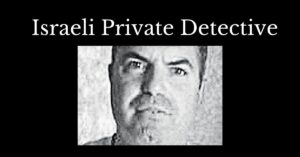 Last year, Aviram Azari was charged for the global hacker-for-hire scheme in which he organized a series of hacking missions through DellTrox Digital Security, a Delhi-based infotech company against American companies based in New York. In that case, he used different fake websites and phishing messages to steal email accounts and passwords of government officials, businessmen, and investors around the world.

In his publication, the journalist also targeted Soriano and claimed that Soriano was the intermediary between Russian oligarchs and private spy and surveillance firms. Soriano denied the allegations leveled against him by Scott Stedman and sued the articles on charges of defamation, invasion of privacy, and harassment.