Africans Duped Lakhs Of Rupees By Impersonating Via Matrimonial/Dating Alliances.

Hyderabad: The Hyderabad Law Enforcement Agency had caught 3 Africans in case of impersonating and duping money from the people via Matrimonial or dating alliances apps. This is the case of the Rachakonda area of Hyderabad. 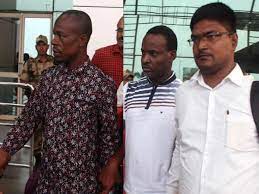 This gang was arrested by the Rachakonda Cyber police. The two accused namely Kanon Evrard and Kanteh Marie had secretly left the place.

According to the Law Enforcement Agency, these people came to India on Business Visa. They had rented a room in Delhi near Nihar vihar. They learned all the cybercrime techniques from their African friend. They were impersonating the Europeans and were seeking dating and marriage proposals on the various matrimonial and dating sites.

They used to download fake male and females profiles from the internet and used to upload on the various matrimonial sites and dating sites like Ok Cupid,Shaadi.com etc 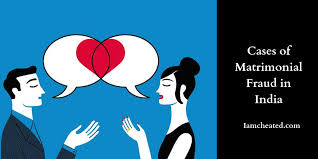 One case was registered in which one of them impersonates as Aarav chatted with the girl and makes a false promise of marrying her, that he will marry her once he reaches India. One evening she received a call that he has arrived in India.

Bu this guy claiming to be Aarav showed the girl that he is in great fear of getting caught by the customs officials as he is carrying more than 4000 pounds with him. He told the girl that he needed some money for clearance from the customs duty later he duped more than 26.3 lakhs of Rupees from the victim. She then filed a police complaint against that fraud person.

Not only her this person duped many other people by trapping them in his trap and extracted their ATM cards and other bank details which he used later to extract money from the following things and details.

The Hyderabad cyber police got the information that this gang was operating from Delhi after which they came to Delhi and Busted this gang with Many cell phones and many sim cards.