A Cybercrime gang that calls itself DarkSide hacked into Colonial Pipeline as per FBI as Russian ransomware was used in the attack, later Russian govt denied of any hand in this cyber attack. As per the latest news update, 5 Million USD is nearly paid by a colonial pipeline company to hackers for their Data. A week before the company said in its will not pay any Ransome to hackers but 5 Million Usd is been paid by colonial pipeline in the form of bitcoin. The company is under global pressure from various operators for gasoline and fuel. As per the news, Hackers have provided the decryptor tool for ransomware to the company.  A big increase in the price of gas ie $3.028 a gallon was 6 years high after the services of the company was interrupted. 100 million gallons of fuel is daily transported by these Colonial pipeline company.

Ransomeware is a kind of malware that encrypts the complete data of the system with a one-way hash, this hash is next to impossible to crack because there billions of combinations of such hashes. So when data is encrypted it can only be decrypted with the same hash which was created when your complete date gets decrypted ie locked. Once your all data is been locked by hackers then they ask for ransom in the form of bitcoin or any cryptocurrency of their choice, in most cases, it is bitcoin which is an untraceable cryptocurrency. Once the company paid the ransom to hackers, they give them a key or a tool to unlock all their data. More than 400 Million USD have been paid by companies in 2020 for data restoration as a ransom to hackers. People normally see this kind of note from Darkside after ransomware hit. On 7th May Colonial Pipeline got attacked by DarkSide as per FBI, a group of hackers in Russia or Eastern Europe, on the same day Ransome was paid by the company. but the decrypting tool was very slow due to which the company kept trying to restore their data from their backup.

As per the reports Colonial Pipeline was working with FireEye very closely to mitigate and recover the data. As per Washington Post and Reuters company reported that company is not going to pay any ransom to hackers. what is Colonial Pipeline ? 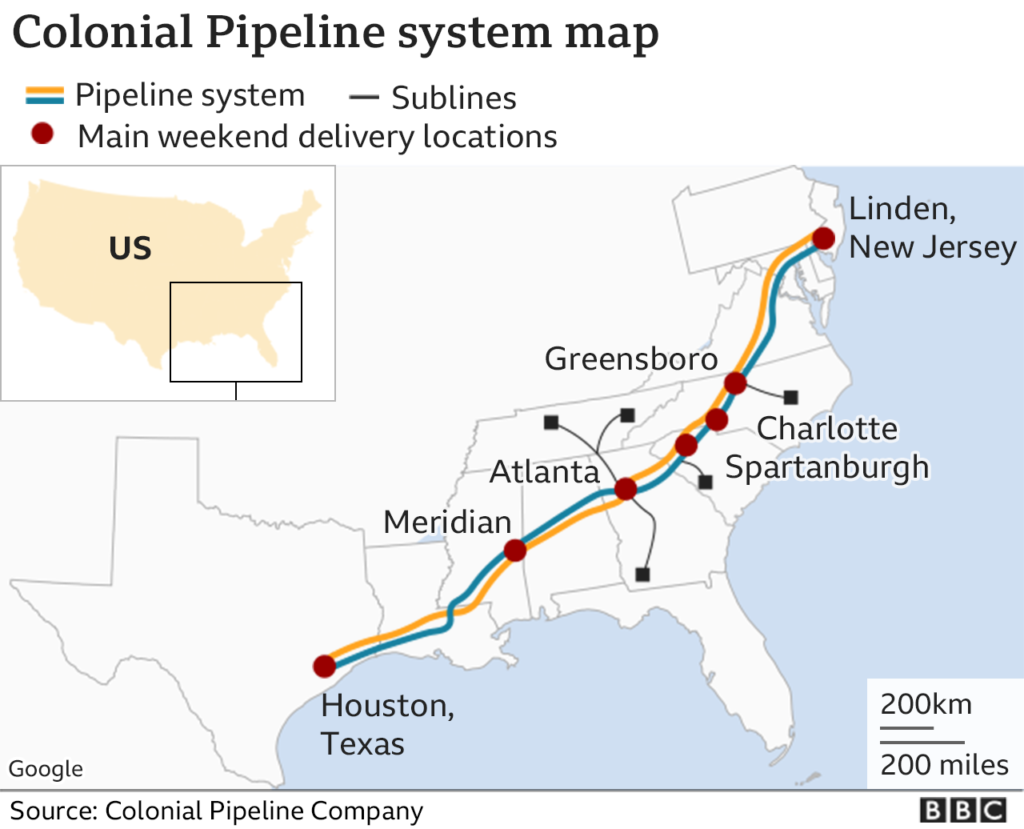