What is Active Directory (AD)?

Active Directory is abbreviated as AD. It was originally released together with Windows Server 2000 and later modified additional functions in Windows Server 2008. It provides a common interface for building and maintaining information resources related to various computer network directories. The computer network directory can be a system-based directory (such as Windows OS), a designated application, or a network resource like a printer. The role of Windows Active Directory: It is used to quickly access all user data and set access permissions for all users according to computer network security policies. Therefore, It is also regarded as a data storage center.

What is the nature of Active Directory?

Active Directory is a hierarchical database. In the AD table, you can query all user accounts, computer names, certificates, security policies, and other information in the computer network. Before Microsoft released Active Directory, computers were independent devices and were not easy to manage. Imagine that in an era when the Internet was not so developed, you were a system administrator. The company had 300 employees and 300 independent computers. You had to install a new printer for all employees in the office, which meant You have to manually install a printer driver on each computer. Can you imagine the workload? Today, if there is no AD, many of the things that system administrators take for granted, such as sharing files and printers, network group policies, etc., are impossible to achieve. Therefore, the essence of AD is a hierarchical database, which makes it easier to manage user accounts, computers, and other network resources through single sign-on.

The working mechanism of Active Directory 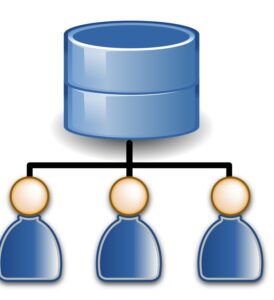 What is Active Directory Forest:

AD Forest (AD Forest) is the highest level of the logical structure hierarchy of Active Directory. The AD Forest is an independent, self-contained directory. The AD forest is a security boundary, which means that the AD forest administrator has absolute control over the access to the information stored in the forest and the domain controllers running the forest.

What is the Active Directory Tree:

The AD Tree is composed of multiple domains with trust relationships. These individual domains are called subdomains/child domains. The subdomains are branches of the root domain. All subdomains in the domain tree share a contiguous namespace.

AD Schema has corresponding definitions for the information of all objects stored in the directory, and each AD forest has its own corresponding structure definition file. The dependence of Active Directory on the DNS system:

What are the functions of Active Directory?

What is AD FS?

What scenarios are AD FS roles used in? What is the principle?

If it involves cross-enterprise or cross-domain systems to verify applications or services, the AD FS role is extremely important. For example, if a company has registered a Facebook company account and needs to verify the user’s identity through Active Directory, then AD FS role can establish an OSS and SAML authentication protocol to help the user connect to the application requesting access.

It protects data in real-time by implementing data access policies. For files to be protected by AD RMS (Active Directory Rights Management Service), the related application must be able to enable the RMS service.

This is the main role of AD. AD Domain Services stores and manages all network information resources.

What is Session Hijacking? Learn more

CITRIX got a Problem with Unauthorized Users for Application Delivery Management