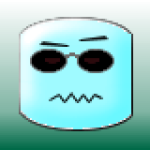 Twitter has recently launched the “Fleets” feature similar to WhatsApp status or
Facebook stories. However, it may not work the same way as the other platforms,
and may actually have some problems.
What is Twitter Fleets
Fleets give you the power to use and interact with Twitter in a whole new way, right
in the moment. Fleets allow you to share fleeting or transitory thoughts, and after 24
hours, they’ll disappear from view.

Twitter Fleets that are expected to vanish after 24 hours are visible even after
disappearing due to a bug. The company made the new feature available across
countries a few days ago. Fleets are the same as Instagram stories that are supposed
to disappear after 24 hours but due to this bug, the Fleets remained longer on users’
profile than it should.

As per a report by TechCrunch, a user disclosed the bug on Twitter. The bug lets
followers view Fleets on Public accounts even after their expiration date. Not just
that the bug allows users to view and download Fleets and it would not send any
notification to the user about the same. Nor will it show the list of people who have
viewed the Fleets. This would mean that anybody could download the fleets or view
them but the user would not know about it.

Reacting to the issue, a Twitter spokesperson told The Verge in a statement, “We’re
aware of a bug accessible through a technical workaround where some Fleets media
URLs may be accessible after 24 hours. We are working on a fix that should be rolled
out shortly.